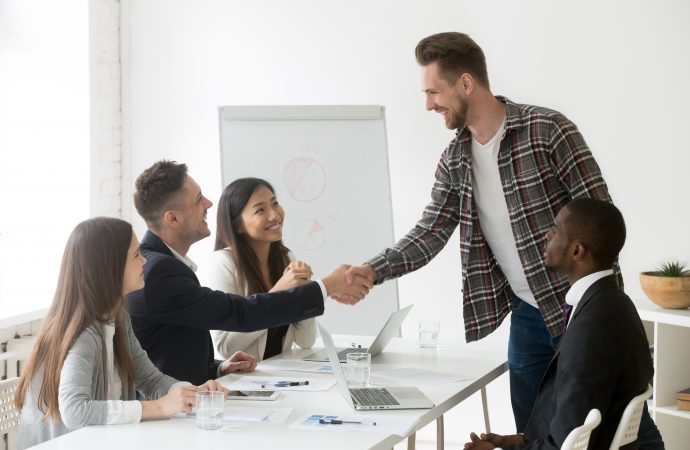 I’m going to cut straight to the chase: instead of giving you 10 pieces of generic advice with no detail (aka useless), we’re going to deep-dive into three excellent ways to attract new customers (plus a bonus one at the end!). Whether you’re just starting out or looking to inject some new life into your business, these should be applicable no matter the industry you operate in.

In 2010, internet marketer Pat Flynn coined the phrase‘Be Everywhere’. The idea is simple: to reach as many potential customers as possible, you need to have a presence on every channel. That means your own website, Facebook, Twitter, Instagram, Snapchat; you name it.

The strategy worked for Pat. In just two years after he put up that blog post, he could gear 1.32 million unique visitors to his blog, 1.66 million podcast downloads, and 1.48 million views on his YouTube channel. And those stats are from 2012. We’re sure they’re way higher now.

Here are a few ideas to get you going (admittedly, some have been lifted from Pat’s blog!):

Most businesses stick to their own turf. In other words, they only work on their brand and business on their own digital properties. Sure, they run ads on third-party websites and have a social media presence, but they never venture far from their own brand.

If you’re doing this = missed opportunities.

Guest marketing is piggybacking on other people’s businesses, a ‘I scratch your back, you scratch mine’ kind of deal. Examples:

We usually think of brands as companies, products, or services. Think McDonald’s, Burger King, and Red Bull. To set yourself apart from faceless corporations, however, you may want to think about investing in what’s called personal branding.

Good personal brands add personality to a business, enhancing trust and building a relationship with customers. Here are some great personal branding examples, giving you an idea of what I’m talking about:

Do you know the CEO of Coca Cola? Or how about the CEO of General Motors? Nope, I don’t either. But I can almost guarantee that you’ve heard of Elon Musk. The CEO of Tesla and SpaceX is super active on social media (particularly Twitter), and that’s just not just because he likes the sound of his own voice. He’s keenly aware that his company’s success is tied to his visibility in the public eye.

Neil is the owner of Quick Sprout, Crazy Egg, KISSmetrics, and Hello Bar; all successful businesses in their own right. Each and every one of these businesses leverage the personal brand that he’s built. We know him as a friendly marketing guru, a reputation he’s built up by becoming a go-to authority and giving value to his community (ahem, see above!).

Type ‘Tony’ into Google, and you’ll see Tony Robbins as one of the top suggestions. The guy has skyrocketed in the past decade, becoming one of the leading life coaches on the planet. Tony’s persona is so entrenched in his company that many would think they’re one and the same.

My final piece of advice is perhaps the most important: in everything you do, always give value. Don’t publish a piece of content because you think you have to. Don’t add a bunch of updates on your social media profiles just to tick off items on your to-do list. And never go into something just to take. Giving value should always be your number 1 priority.

And I’m not just saying this to be nice. Giving value isn’t just the right thing to do, but it will also enhance your reputation within your community. People will know that you’re not a charlatan trying to make a quick buck, but someone who is actually looking to sell a solid product and deliver an excellent service. Focus on giving value, and the sales will come (as long as you also implement our other advice!).