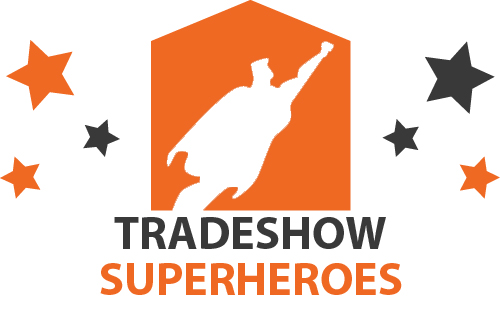 Timothy Patterson is the author who put his years of experience and expertise into one book – Tradeshow Superheroes & exhibiting Zombies. Tim began TradeshowGuy Blog on November 2008. The objective was to see whether his blogging can be made famous amongst business persons. He has been able to produce hundreds of posts, and after a decade, his blog is still going very strong.

TradeshowGuy Blog is recognized as one of the top industry blogs. As a result, Hello Trive online digest has called Tim Patterson as an “absolute expert of the tradeshow industry”. In another case, Nimlok Exhibits; famously known for designing and manufacturing creative, has referred Tim’s TradeshowGuy Blog as informative, hilarious and even thoughtful.

Tim has called himself as an old drummer and disk jockey who began a new life after a turn of the events in tradeshow industry. He had a former radio colleague who accidentally gave him the TradeshowGuy moniker. Tim is running his own business – TradeshowGuy Exhibits since 2011. He is an author, podcaster, business advisor and speaker as well. He has spent his 26 years on the air in the radio industry.

Tim has participated in numerous rock bands in several clubs. Since after joining the tradeshow industry in 2002, heserved a large number of clients. He is considered to be an expert of B2B Tradeshow. Tim has given presentations held at the annual conferences of the Event Marketing Summit and Experiential Designers and Producers Association (EDPA). He has even spoken before many private groups. Tradeshow Superheroes and Exhibiting Zombies is his second book, followed by his first – Tradeshow Success: 14 Proven Steps to Take Your Tradeshow Marketing to the Next Level.

Tradeshow marketing can indeed be an entertaining marketing channel and even profitable as well for any company that can engage in it (the SUPERHERO side). However, at the same time, it can also be one of the most frustrating and expensive experience as well (the ZOMBIE side). The main aspect of the book was to include the number of lists prepared for B2B expo. There are 66 lists prepared by him. Undoubtedly, lists are not difficult to read, and things are even explained in an orderly method. The topics that included in the lists are budgeting, purchasing an exhibit and pre-show marketing.

Further lists are grounded on what needs to be done during the show like lead generation, follow-up related to post-show along with the how’s and why’s of tradeshow marketing. Several lists associated with fun staff that surrounds a trade show were also prepared.

The top ten superheroes that can be seen during the tradeshow were even mentioned, which is certainly one of the most interesting parts. It can be said that the book has a comprehensive collection associated with tradeshow wisdom. The most experienced tradeshow veteran can even find hints, tricks and tips to save money from the book and then improving tradeshow results. Therefore, the book is undoubtedly an essential source of information for any tradeshow participant.

The book written by Tim is a viable piece of information foe most businesses looking forward to expansion and growth with tradeshows and expos.

The lists have been written in a comprehensive manner which is pretty easy for the readers to understand them. He has even explained the significance of a B2B exhibition in his book.

Tim made a reasonable effort for not just focusing on the lists related to Tradeshow but even reasserting the prominence of B2B trade. After all, the tradeshows help to connect the B2B buyers and suppliers under one roof. It helps in establishing connections that are essential for the business transactions. We need more books like these to have impeccable business insights, specifically on business fairs and exhibitions because that’s not what a lot of people talk about.