Strained Relations and Cold War: Impact on Trade between the US and China 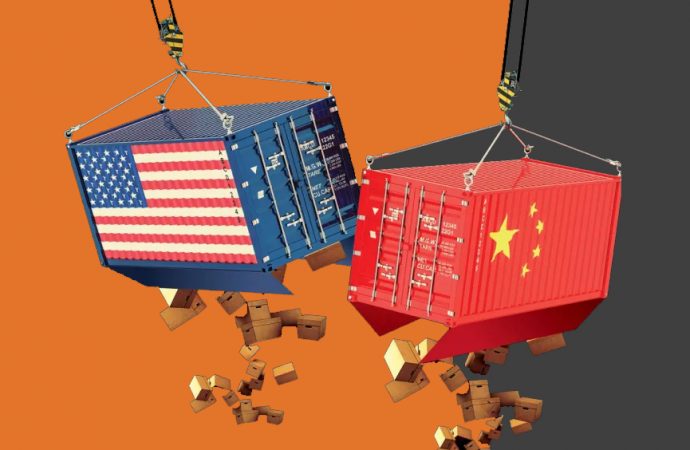 After the recent conflicts between the two trading giants, President Trump has demanded a withdrawal of all American companies doing businesses in China. Just hours after China’s retaliation move against the fresh round of taxes, the United States announced a further 30% rise in existing tariffs as tensions escalate.

Meanwhile, in China, additional duty taxes of $75 billion were imposed in response to the American President’s tweet earlier this month.

How did the Trade Conflict Began?

The fiscal conflict that has taken the world’s largest economies by storm initially began in March 2018 after President Donald Trump imposed a series of increased tariffs and trade barriers intending to force China to change its alleged ‘unfair trade practices’.

According to the Washington Post, Trump proclaims that China has taken over billions of dollars from the American economy because of its unfair trade policies. Experts believe that these assertions are nothing but part of his presidential campaign to gain votes and attention all over the country. Whereas, the false accusations characterized the trade deficit only because the United States had more imports than exports with its trading partner China.

Besides that, there were several areas of disagreement, which led to the trade conflict. Some believe that President Trump frequently backed tariffs to reduce the trade deficit in America in order to promote more of domestic manufacturing and productions.

What does it mean for business in China now?

After their meeting in June, both Presidents Donald Trump and Xi Jinping had come to an agreement on not to apply any levy duties on goods exported/imported from each other’s country. However, these latest retaliation movements have marked a reversal of the agreement bringing more trade tensions between the two.

The Chinese government, on the other hand, after a series of unsuccessful negotiations believe that there is no use to make any further concessions to keep the trade terms alive. Reportedly, President Xi has also given up all efforts in appeasing the American President after constant agreement breaches and the recent restrictions on the Chinese company, Huawei.

As far as business in China is concerned, if the China-U.S trade conflicts continue, they will not only affect the global economy but also disturb the American trade deficit as Chinese Manufacturers have already started to shift focus away from the US to other countries.

China’s biggest B2B Marketplace Alibaba.comhave also seen a sudden drift in buyers from the United States. Despite the change and decrease in percentage, the market is already packed with investors and business buyers from across the world that the void can easily be filled in no time.

How a Possible Trade War Can Affect the US Economy?

Soon after the growing tensions, the Chinese government has decided to wait as it looks to find more trade partners in Europe and Latin America. A possible trade war won’t be as big as a disaster for China because right now it seems that the U.S is more dependent on the Chinese market than vice versa. Sadly, for Trump, the situation has reversed now. When in the 1980s, China was relatively underdeveloped; it looked for opportunities and growing markets in America. However, fast forward to twenty years later, they have double of what they need and access to emerging markets all over the world.

In the event of a trade war, the direct effects on the American economy will be through companies like Walmart that imports billions of dollars of cheap raw material and goods. Not just their prices would start soaring due to the high tariffs but there will also be an immediate demand from the local manufacturers in America.

On the other hand, various ‘made in China’ products like laptops, computers and cell phones have already found markets in the developing countries like Africa, South Asia and Latin America. In addition, the American multinational company Boeing estimates that by 2030, China alone will buy some 6000 airplanes worth $1 trillion. Consequently, the result of a trade war would be an economic confrontation that is China is better positioned to win.

Earlier this week, President Trump announced in a tweet ordering all U.S companies to start looking for alternative markets other than China. He also asked them to immediately come back home and start manufacturing in the United States. However, companies are still unclear about how serious the orders are and when will they start implementing.

How are Chinese Firms Looking to Adapt?

From what we know so far, President Trump has only imposed tariffs as a measure of action in this ongoing trade dispute. According to an analysis report, prices for many products – such as chemicals, raw materials and furniture were dropped as the tariff announcement came into action.

From the year-by-year analysis report, the US import prices from China have massively dropped – so they can easily be sold locally or to other potential buyers in South Asia and Europe.

While many businesses have started adapting to the recent changes and are absorbing the prices of the tariffs, some of them are still waiting for a positive dialogue between the two countries. They are assessing how long the tariffs will be in place before deciding for any business changes.