9 Strange Side Effects Of Pumpkin Seeds & Apple Seeds Is Poisonous Or Not? 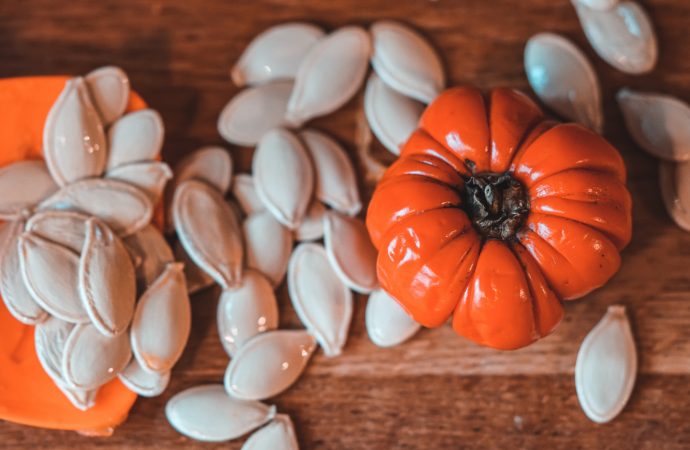 These seemingly harmless seeds may not be as healthy as you believe!

By good pumpkin seeds, mustard seed and flaxseed supplier best quality seeds, are always high in nutrients, that good for your health. These are the richest seeds in terms of minerals and vitamins and are known to heal prostate difficulties, arthritis, and parasite infestations. These seeds also have inherent antidepressant properties. Though pumpkin seeds are safe in dietary proportions, using them medicinally may be dangerous. So, in this section, we’ll go through some of the negative consequences of pumpkin seeds.

Top 9 Side Effects Of Pumpkin Seeds

They have the potential to cause negative effects. Continue reading to learn about the pumpkin seeds’ side effects with us:

When ingested in large quantities, pumpkin seeds cause stomach pain. It contains a high concentration of fatty acids, which can cause stomach distress, cramps, and pain if consumed in excess. To avoid this adverse effect, consume 1-2 tablespoons at a time or combine it with other foods. Likely with Mustard seed. You can also toast these seeds before eating them.

If you do not ingest these seeds properly, you risk losing a variety of nutrients. Overcooking or not chewing will rob you of the benefits. Crisp fried pumpkin seeds lack water-soluble nutrients such as Vitamin B6, niacin, riboflavin, thiamin, Vitamin B12, and Vitamin C. If you are cooking these seeds, keep the heat as low as possible. Furthermore, chewing them rather than swallowing them will make them more digestible and aid in the absorption of the nutrients inside.

Edema is typically encountered in persons who have kidney disease or certain cardiovascular problems. According to research, these seeds have natural mild diuretic properties that may combine with diuretic medicines, resulting in increased bathroom visits. This may have an effect on your body’s mineral balance. Be cautious if you are taking diuretics!

Pumpkin seeds are high in protein and iron, making them an appealing food for babies. However, because they are high in fiber and fatty acids, they are not suggested for infants because they might cause stomach cramps, discomfort, vomiting, and even diarrhea.

Pumpkin seeds are a natural source of alpha-linolenic acid and DHA, which help lactating moms nurse. However, it is best to err on the side of caution and consume them in moderation. Furthermore, pumpkin seeds are extremely advantageous to pregnant women since they include all of the nutrients required for fetal development.

However, there is some contradictory research, and they have been linked to negative effects. As a result, consuming pumpkin seeds in moderation and after checking with your nutritionist or physician is safe.

While not as allergenic as other seed varieties, there are some allergic reactions that may be produced by using pumpkin seeds, with the skin being the primary target. Here’s what to expect if you have a pumpkin seed allergy:

Fix an appointment with your doctor quickly for verifying and taking appropriate medications.

According to research on the benefits of pumpkin seeds, these are perfect snack options for people with diabetes because they have blood sugar regulating properties. It actually decreases the blood glucose level, preventing undesirable escalation. If you are taking diabetes medication or are hypoglycemic, you should check your doctor before using pumpkin seeds in your diet.

100g of pumpkin seeds has 559 calories and 49.05 g of fat [164% of the recommended daily amount of fat]. So, if you don’t want to gain weight, eat this snack in moderation. Obesity is the root cause of numerous health problems, including hypertension and diabetes. So, before putting these seeds in your diet, consult your doctor, especially if you are trying to lose weight. If you are on a strict diet, you should consume only 1 to 2 teaspoons of the seeds daily.

Pumpkin seeds are naturally high in antioxidants. This allows them to reduce their blood pressure. As a result, if you have hypotension or are hypertensive on anti-hypertensive drugs, it is best to utilize the seeds after discussing the associated consequences and risks with your doctor.

Apples can be a healthy snack or ingredient, but are the seeds safe to eat?

Apples have five seed compartments, each with a different quantity of seeds. Some people believe apple seeds are toxic, while others believe they are healthy. Most people avoid the seeds because they have a bitter flavor, but they may eat one or two by accident and forget to spit them out. Alternatively, a person may consume the juice with pulverized seeds.

This article delves into scientific studies on the safety and hazards of consuming apple seeds.

Eating apple seeds is only dangerous in the case of eating too much.

Apples are highly beneficial substances such as antioxidants, vitamins, and nutritional fiber. Apple seeds, on the other hand, contain amygdalin, a plant chemical that can be harmful. A Chemical called the Amygdalin defense mechanism is found in seeds. When a seed is intact, it is innocuous; however, when a seed is chewed or otherwise destroyed, the amygdalin degrades into hydrogen cyanide. In excessive dosages, this is extremely dangerous and possibly lethal.

Amygdalin is found in relatively high concentrations in the seeds of Rosaceae fruits such as apples, almonds, apricots, peaches, and cherries. Throughout history, people have employed cyanide as the best poison. It acts by interfering with the oxygen supply of cells, and excessive doses can result in death within minutes.

The precise amount required to make someone sick is determined by their body weight. Young children are more vulnerable. The amount of seeds required for the toxic chemicals in apple seeds to be lethal depends on a person’s body weight, tolerance, and the type of apple. The amount of amygdalin in an apple varies based on the variety and growth conditions. It’s crucial to remember that even when amygdalin isn’t fatal, it can still make you unwell.

It is safe to consume a few apple seeds. Large amounts of powdered or crushed seeds, on the other hand, could be lethal. According to 2015 research, the amount of amygdalin in 1 gram of apple seeds varies between 1-4 milligrams (mg) depending on the variety of apples. The amount of cyanide derived from the seeds, however, is substantially lower.

A deadly dose of hydrogen cyanide could be 50-300 milligrams. Apple seeds are capable of releasing 0.6 mg of hydrogen cyanide per gram. This suggests that in order to suffer acute cyanide poisoning, a person would have to consume 83-500 apple seeds. In other words, eating a cup of pulverized apple seeds might kill you or make you sick. However, consuming the seeds from one apple would not be harmful.

Despite this, studies advise against eating apple seeds and removing them before juicing apples due to their high amygdalin concentration. Other scientists agree that the amygdalin level of apple seeds can be substantial and that consuming the seeds can be harmful. The seed coating shields it from digestive enzymes, allowing it to travel through the digestive system unharmed. Nonetheless, before offering apples to young children or pets, it is probably a good idea to remove the seeds.

What about apple juice?

Apple juice and smoothies are frequently made with whole crushed apples, including the core and seeds. Because the apple seeds are smashed during processing, some cyanide may be released and remain in the juice.

When researchers looked into how much amygdalin was in commercial apple juice brands, they discovered very low levels ranging.

The review’s authors determined that the quantities of amygdalin found in commercially available apple juice were unlikely to be harmful. Nonetheless, because of the amygdalin presence, they advise against ingesting apple seeds and removing them before juicing apples.

Pumpkin seeds are a delightful snack; nevertheless, over ingestion may be dangerous. Pumpkin seeds have been linked to hypoglycemia and stomach pains. Infants, pregnant women, and nursing mothers should limit their intake because the seeds might cause gastrointestinal difficulties. Furthermore, there are no recommendations for daily consumption of the seeds. Pumpkin seeds can cause allergic reactions or interfere with the function of certain drugs in some situations. As a result, if you encounter any negative effects, restrict your intake.

In the context of the apple, apple flesh and peel are quite healthy and pose no hazards. However, when apple seeds are digested or crushed, they emit trace amounts of cyanide, which is exceedingly deadly. Someone would have to chew and swallow at least 85 seeds before experiencing any negative consequences. There is no reason to be concerned if a person swallows a few apple seeds by accident.