All You Need To Know About Russia-China Investment Fund 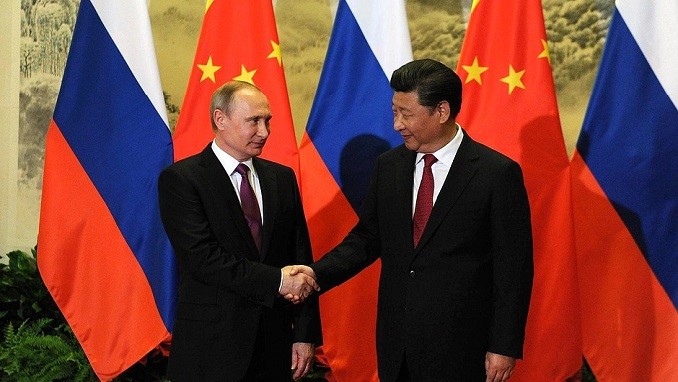 Economic stability is significant in a global context, and that’s the reason why most of the countries are looking for opportunities to enhance their economic position. U.S. influence on the worldwide economy is a widely explored perspective that restricted nations to seek monetary benefits and nominal tariffs. This is one reason why the Russian-Chinese investment fund came in to being.

First Step to Stand against Penalties

Russia and China are two of the countries that became a victim of these penalties and sanctions. As a result, they faced a gradual decline concerning economic stability and political regulations.

With mutual relation and cooperation, the Russian and Chinese government agreed on introducing vast economic opportunities through considering more than 73 joint investment projects worth $100 billion. It is no way an easy step for both nations – greater investment and significant developments produced useful results.

The growing concept of cooperation has now raised many questions regarding its evolution and current scope at a global level. The Russian-Chinese Investment Fund (RCIF) is a sovereign fund privately registered in 2012 as a result of successful economic cooperation and fast trade. It had initially seeded $1 billion from each side and aimed to double the investment to $4 billion.

The private cooperation has introduced exceptional benefits for middle-class societies of China, Russia, and adjoining regions, which is again a rapid development evident to this date. Where many authorities participated in making the sovereign fund successful, no doubt, reserving credit for contributions to China Investment Cooperation (CIC) and Russian Direct Investment Fund (RDIF).

The formation has brought foremost opportunities to Russia and China – trends are worth to explore for knowing how it has escalated to a position, which was no way approachable before in the B2B marketplace. Initial planning and execution of activities led economic reforms to examine the development of commercial areas to provide as many benefits to the nations as possible.

In this regard, RCIF planned to invest about 70% of the assets in Russian companies while granting the remainder to Chinese corporations. The first agreement allowed RCIF to become a shareholder of Russian Forest products, which proved to provide escalated profits. It is recognized as a leading wood-making industry in the country.

The outcomes were too positive for fostering economic development as it successfully produced value-added products. In this way, the size of the transaction became approximately $200 million, which is again a plus for new investors to become the company’s shareholders.

CEO viewed the success as an achievable milestone!

Kirill Dmitriev, the Founding personnel of RCIF, showed an enthusiastic response and revealed an upcoming advancement in economic strategies that are promising and profitable. CEO further encouraged during his address to the public that the RCIF mission is accomplished and still expects to generate more returns while making economic cooperation between Russia and China stronger than before.

However, the public had been noticing specific changes already. They wished to know what further developments are likely to knock their doors for enlarging prospects. RCIF’s predictions supported economic concerns to the highest level and satisfied them by acknowledging growing employment opportunities and integration of high-end technologies shortly.

Similarly, RFIC also made contributions to improving the Chinese economy while immediately developed an interest in investing in the trading system. Both nations mutually agreed on contributing to various leading industries. Russian food importers are still determined to be the most promising aspect of Chinese economic development.

Rusagro, a leading Russian agriculture company, imports sunflower and soya oils to China B2B marketplace and has further planned to enter in soy market as well. More products are yet to be introduced to the Chinese market to promote agriculture. It also aspires to advance Chinese trade for better economic opportunities. No doubt, pointing towards China’s part in RFIC as a critical development area for the majority of the companies.

While summing up the facts and figures of RFIC from its initial point, there are still many industrial areas within investment boundaries, which can become fruitful for Russian-Chinese connection and their overall economic growth. Thanks to the Russian-Chinese investment fund, missions will accomplished and provide many opportunities to both ends – technology is the next level favorable opportunity that will increase profits, employment, and sustaining GDPs. More plans are still aligned for bilateral economic cooperation, while it is said that Russian stock exchange is likely to witness immediate escalation and China to face gradual economic developments in the coming years.