Cloud Gaming: The Technology that is Revolutionizing Video Gaming 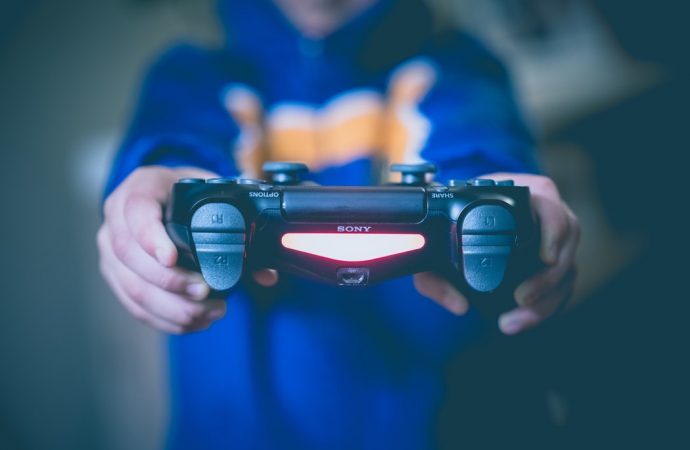 Cloud technology has been quite disruptive across various industries. It’s only logical that this technology would make its way to the gaming industry sooner or later. And, here we are, cloud gaming, the not-so-new concept that will revolutionize video gaming as we know it.

The idea behind this approach is that you can play video games over the internet provided to you as a service. Industry giants, such as Sony, Microsoft, Google and Nvidia have already started their projects that involve cloud gaming.

The concept of cloud gaming has been around for more than a decade. However, due to technological constraints, this concept wasn’t popular enough, so no one talked about it too much.

Today is a different story because as soon as an industry giant picks up a concept and makes it possible, it all becomes major news. With that in mind, let’s have a closer look at this technology promising to revolutionize video gaming.

What’s Cloud Gaming and How Does it Work?

As mentioned before, cloud gaming is basically streaming your favorite video games over the Internet but not like Twitch or similar platforms, more like gaming as a service. The idea is that you no longer have to buy a console or a high-end PC, as well as not buy any games.

Instead, you play your favorite games, and they are streamed to any screen you want, be that a TV, smartphone, tablet or a monitor. In other words, the games are launched and ran on remote computers located in datacenters across the world.

Audio and video are streamed to any screen you want. For example, Nvidia’s GeForce Now has been running for a year now. What they offer is hardware.

You can basically play any game that you want, even on a potato PC, as long as you have a good Internet connection. They run the games on their platform while you enjoy them at home. You can use your own game libraries and just borrow computing power from Nvidia.

The Benefits of Cloud Gaming

The logical benefits are that you don’t have to invest in consoles or expensive computers to run and play games. Platforms, such as Google Stadia, Xbox Game Pass and PlayStation Now also offer their games, so you don’t have to buy those as well.

You can basically enjoy whichever game you want, regardless of hardware requirements, on any device you own. This service comes at a price, of course. Aside from having to purchase controllers or desktop peripheries that support cloud gaming, you have to pay a subscription fee.

For instance, GeForce Now is free with limitations, but for €27.45 for six months, you get premium access. Moreover, Google Stadia is free for one month. After that, you have to pay $9.99 per month. All in all, cloud gaming works like any other cloud-based service – you pay for what you currently use.

The Drawbacks of Cloud Gaming

As you might imagine, cloud gaming has its limitations even with all the technological capabilities of our age. And even though cloud gaming is supported by industry giants, it’s still not as flawless as it could be. In other words, there are plenty of cloud gaming challenges that need to be properly addressed.

Some of the challenges include the necessity for high Internet speed, especially if you want games streamed in 4K. But even if you opt for 4K streaming, it wouldn’t be the actual thing due to image compression. Here are some of the major issues and challenges regarding cloud gaming:

That said, only a specific number of people can use the service at the same time. With the popularity of cloud gaming increasing daily, a lot of people are waiting in queues for hours on end to get their turn even though they’ve paid for the service.

Another major issue is the geographical location of both gaming servers and players. This is especially true for massive multiplayer competitive games. Having a lot of people connecting to servers from all corners of the world creates a plethora of problems in terms of latency and connectivity.

A Glimpse into the Future

So far, not one of the industry giants that work on cloud gaming has managed to produce a viable business model.

Everything works to a certain extent but not all the way it should be. Of course, solutions to major problems and challenges are being developed as we speak, but it’s going to take some time before everything is polished out flawlessly.

For example, once the 5G network is fully operational, it should make things a lot easier for streaming games on mobile devices. Moreover, Google is experimenting with the so-called “negative latency” concept for their Stadia platform.

They are experimenting with AI machine learning to try and predict which buttons players will press. That and using buffers with high frame rates, Google hopes to solve lag issues on their platform.

Still, all of those fixes may solve a problem or create new ones, but once cloud gaming truly reaches its full potential, it will be truly revolutionizing for the gaming industry. How long that will take remains to be seen, but the future does, indeed, look promising for cloud gaming.

Cloud gaming has been around since 2010 when OnLive launched the very first gaming service of the sort. However, due to various issues and limitations, it failed miserably. A bit more than a decade later, we stand at the doorstep of a whole new world of gaming. The possibilities and opportunities cloud gaming could provide can truly be limitless.