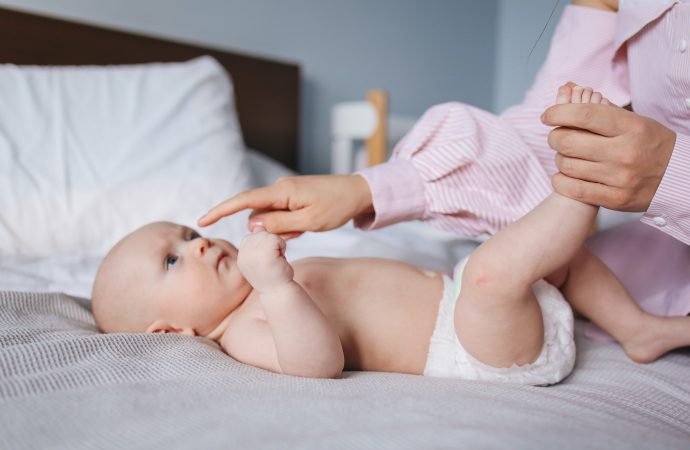 When caring for your newborn as a new parent, you must make several decisions rapidly. You should make one selection ahead of time so you can stock up: on what type of diaper you want to use.

Historically, all diapers were reusable, but there are many more options available today. Disposable diapers are popular among parents because they are simple and convenient. Here’s a review of the benefits and drawbacks of disposable diapers, as well as safety issues that accordance with Wholesale Baby Diapers Suppliers.

It’s stinky and occasionally messy. Disposable diapers help parents reduce the stress and struggle of changing their babies by making the process as short as possible.

Disposable diapers are intended to be discarded. For most parents, this is their main selling point. Instead of cleaning and washing reusable diapers or relying on a diaper service, simply wrap a disposable diaper, place it in the diaper pail, and forget about it.

Because you may discard used diapers, they are especially convenient if you are short on time. Washing takes time and storing dirty reusable diapers while out and about is hard and messy. Disposable diapers can be discarded, and you can go about your business.

When your infant soils a reusable diaper, you must clean up the mess. While urine can be laundered in the washing machine, feces must be flushed down the toilet. Taking a soiled diaper to the toilet creates numerous opportunities for a major mess, and keeping your own hands clean can be difficult.

Many new parents are dissatisfied with the cost of disposable diapers. The average baby can go through up to 2,700 diapers in a year! That quickly adds up, especially if you use brand-name diapers. Reusable diapers, on the other hand, require only one purchase and soon pay for themselves.

Many parents today are aware of their environmental impact and strive to reduce it. Because disposable diapers are not recyclable, they generate trash. Some diapers, on the other hand, are compostable, which means they degrade over time.

Disposable diapers should only be used for a few hours. This means they aren’t always strong. It’s simple to tear the tabs that keep the diaper together by accident, or for your infant to loosen the diaper while crawling. Fragile diapers mean more leaks or more risk of falling off and causing a mess.

Always replace filthy diapers. If you find your infant has a soiled diaper, change it right away. If dirty diapers are worn for an extended period of time, they can cause irritation and infection.

Make sure everyone’s hands are clean. During the changing process, both you and your kid may get dirty hands. During a diaper change, keep your hands away from your face and avoid touching anything other than your baby’s diaper. Wash your baby’s hands as soon as they put on a new, clean diaper. Then dispose of the used diaper and wash your hands.

Are you debating whether to use cloth or disposable diapers? Learn how each compares in terms of comfort, pricing, convenience, and other factors.

Perhaps you’ve always intended to be a cloth-diaper parent. Or perhaps the thought of using anything other than a disposable diaper has never occurred to you. In any event, when it comes to cloth diapers vs. disposable diapers, you should know that both might be justified nowadays. Cloth diapering has gone a long way! Take a look at how they compare to help you determine which one is best for you and your lifestyle:

As long as you change your baby’s diaper when it’s full, there’s no big difference between cloth and disposable diapers. Leaving a soiled diaper (cloth or disposable) on increases the risk of diaper rash and is uncomfortable for the baby. Disposable diapers are more breathable, but the chemicals used to keep newborns moist and absorbent annoy some babies. Cloth diapers may be preferred by certain babies because of their gentler texture.

Forget about the complex folds and terrifying pins that moms used to have to cope with. Cloth diapers now include Velcro or snap closures, making changing time as quick and easy as it is with disposables. Cloth diapers also include well-designed forms that suit babies, waterproof bands around the waist and legs to prevent leaks, and removable linings, making them just as effective as disposable diapers. Just keep in mind that cloth diapers aren’t as absorbent as disposable diapers, so you’ll have to change them more frequently.

According to baby care product manufacturers, Disposable diapers cost between $2,000 and $3,000 for each baby for two years. Whereas cloth diapers and accessories cost between $800 and $1,000 if you wash them yourself. A cloth diaper laundering service will cost you roughly $2,500 to $2,800, which is comparable to the cost of disposables. However, keep in mind that you can reuse cloth diapers on any new siblings who arrive.

Cloth diapers vs. disposable diapers are not as simple as you would imagine. Yes, disposables consume resources such as trees and polymers during manufacturing and eventually end up in landfills (most are 40 percent biodegradable). Consider the process of washing cloth diapers: clean water and energy are consumed, and only dirty water is generated.

Take your baby to the doctor if you are concerned about his sobbing. Your doctor will be able to advise you and rule out any medical causes. There’s a good chance there’s no unique cause. Some infants simply cry more than others. So, the next time your baby’s sobbing makes you cringe, keep two things in mind: it’s not your fault, and it won’t last forever.

Many parents believe that changing their baby’s diapers is an excellent opportunity to bond with them. After all, you’re caressing your infant and chatting or cooing to him or her. Your infant is looking up at you and listening to what you say. Spend some time singing a song or playing peekaboo. Although some diaper changes will have to be done quickly due to time constraints, try to appreciate the ritual.