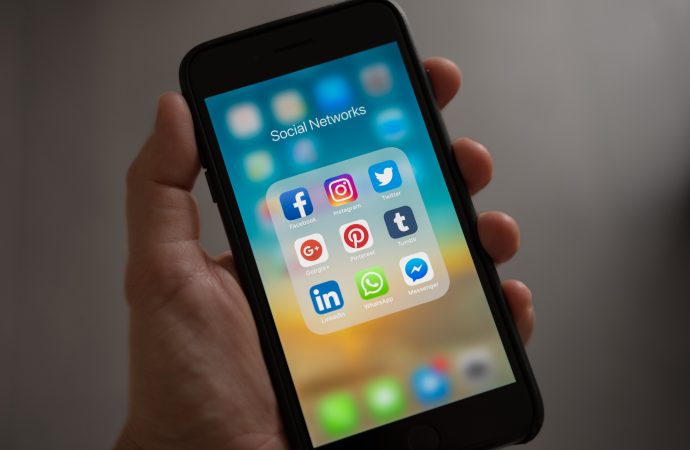 What is the first thing that you pay attention to when you decide it is time to get a mobile app solution for your digital business? The first thing that you study is where your target audience is and how you’re going to reach them. There are two markets where every product survives and thrives in the mobile world and they are iOS and Android. But if you are short on budget and you want to start adopting one particular area first, you start wondering what is the best option.

Should you choose Android because of the vast number of devices that Android powers around the world or should you consider picking on Apple’s iOS platform as it is more stable & resilient?

No doubt, you will eventually choose to cash upon both the platforms; however, choosing where to begin can be quite overwhelming and requires consistent hard work. Are you wondering which is the best platform, to begin with?

Each platform has distinct advantages and it’s up to you to analyze what aligns with product goals.

Let’s discuss the relative pros and cons of both platforms.

What are the Pros of Using iOS for Mobile App Development?

If you want a stable platform to launch and create your mobile app upon, iOS provides you the best one so far. It is very easy to use by mobile app developers who are skilled in iOS development & it’s one of the reasons why many quickly get in with iOS app development. Because of the relatively small eco-system of Apple developers, and a closed development environment of Apple, there’s a fairly less chance of piracy so if you’re afraid that your Apple code might get lost, there’s no way that could ever happen. Unlike thousands of gadgets, Apple only powers 20 specific different types of iOS mobile devices which indicates that the screen size plays a relatively small role in the development process.

What are the Cons of Using iOS Mobile App Development?

The major downside of getting your mobile app designed on Apple is the restrictive guidelines and the specific tools through which the app can be created. So if you want deep-customization on your app like the one you can do on Android, then it is not possible. The framework to develop iOS apps may not be available for free so you might’ve to pay an additional cost to use them for creating your mobile app. Unlike Android, Apple is a more mature platform and has strict guidelines for creating an app that makes the app’s approval on the store a little challenging compared to an Android app that easily gets approved in just a matter of days.

What are the Pros of Using Android for Mobile App Development?

Certain areas of the world favor certain markets but there’s no doubt that Android has the largest app share. With more than 85% of the global app market share, Android stands tall as the most progressive app market in the world. However, due to Apple’s smartphone popularity, it is more widely accepted & used in areas such as Canada, Austria, and other parts of the western world. The market for Apple may be small in the app market but they overcome that gap with the number of devices that they sell. Why is the app market of Android fairly large? It’s because of the open-source code of the apps which provides enough space for developers to play around with different features & functionalities.

What are the Cons of Using Android for Mobile App Development?

Although, Android is an open-source platform and has its perks, so does open-source have its cons. The open licensing of Android brings a variety of operating system iterations and can create a significant fragmentation. As a result, developers are expected to optimize the app for different screen sizes which ultimately incurs a lot of costs. Because of this increased fragmentation, Android development can take up a significant amount of time compared to iOS development. It’s also why most Android apps have to go through a number of tests before it gets published on the app store.

So Which Mobile App Development Platform Wins the Competition?

Finally, it’s now time to decide which app development platform is the most reliable option and the answer to it is, wherever your target audience is. Many mobile app development companies nowadays offer hybrid solutions where hybrid apps are created on cross-platform frameworks and development tools so they can easily run across a variety of platforms including iOS and Android. With such solutions, you can cut down your time and cost associated with the app development.

Whether you wish to create an iOS app or an Android one, make sure that it favors your audience because that’s where your profit is going to generate. Nowadays, web apps have become quite common as well. They look and function exactly the same way as a native app would but they do not take up any storage space on your device. To run the app, all you need is a browser and Internet connection and you can easily access it on Firefox, Safari, or Chrome without hassle.

Yet they are less interactive and intuitive in comparison to native apps. Hence, it all comes back to what you prefer is the best option for you. Choose the one that favors your business the most.