7 Things You Should Know About Quantum Technology 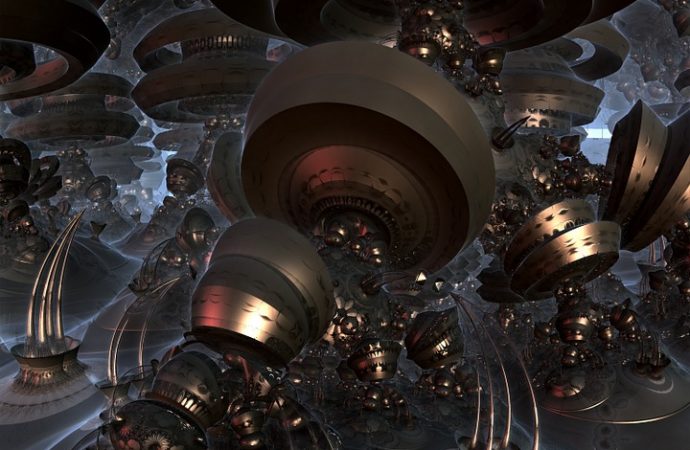 We often hear about quantum computers these days. Unfortunately, most of the time, we find them in the wrong setting, like a science-fiction movie or in Marvel’s Endgame. It is shocking how many people know so little about quantum computing. Even more surprising is the inaccuracy of what little they do know. Especially when two of the world’s biggest countries, the U.S. and China, are fighting it out over quantum technology.

By fighting it out we don’t mean an all-out trade war, even though there is one going on. The quest for quantum supremacy is something different. Both are actively engaged in intense competition to be the first to make breakthroughs in the world of quantum computing. Why? Because it could transform everything about modern society. Quantum technology promises to change that could transform things like communication, surveillance, and even the computer, my neighbor, uses for his streaming service. Perhaps the streaming will change as well.

Quantum technology is a relatively new field of engineering and physics, focusing on physical behavior at atomic and sub-atomic levels. Still, the concept of quantum technology and computing is shrouded in mystery for most of us, which is something this blog intends to change. Here are seven exciting things that should answer some of the most common basic questions you might have about quantum technology:

What Exactly Is Quantum Technology?

1- What Does Quantum Mechanics Mean?

3- The Difference Between Modern and Quantum Computers

4- How Real Are Quantum Computers?

6- What Can Quantum Computing Accomplish?

Let’s dive right in. Read on to find out more about quantum technology and get a better understanding of what it’s all about.

What exactly is Quantum Technology?

Quantum information technology, or quantum technology as we commonly know it, is an experimental field. It concentrates on learning to use quantum mechanics to create compelling and useful information processing tools. Quantum physicists and engineers try to use the properties of quantum mechanics and develop more powerful computers, sensors, communication networks, and tech.

What does Quantum Mechanics Mean?

Quantum mechanics is the basis of all of the quantum technology under development today. Quantum mechanics studies the physics of matter at atomic and sub-atomic levels. Unlike most things, these particles do not follow the regular Newtonian rules of physics that apply to us. Quantum mechanics behave in very peculiar and contrasting ways compared to classical physics.

For example, particles at the sub-atomic level can exist in multiple states simultaneously. Called superposition, this phenomenon is just one of quantum mechanics’ many peculiarities. Another famous property called entanglement is when various particles become wholly linked to each other. This leads them to mirror each other even if separated over vast distances. These properties have led researchers down the road of quantum computing.

Quantum computing involves the working of a quantum computer in the way it stores and processes information. These computers use qubits or quantum bits, which are atomic or sub-atomic particles. Using these qubits, the computer can process information in entirely new ways compared to conventional computers.

The Difference between Modern and Quantum Computers

Qubits, on the other hand, are non-binary. Meaning, unlike a bit, a qubit can be a 0 and a 1 at the same time. It can also be at any position in between 0 and 1. Think of it as a coin spinning on a tabletop, being both tails and heads at the same time. This flexibility allows quantum computers to perform a large volume of calculations simultaneously.

How real are Quantum Computers?

Most scientists agree that a fully functioning quantum computer is still at least a decade away from reality. The biggest problem lies in manipulating large volumes of quantum bits into working together. Quantum bits or qubits are notoriously finicky, presenting their own problems. They can stop working at even small disturbances like temperature changes.

What can Quantum Computing Accomplish?

The popular opinion is that once we have a fully functioning quantum computer, the effect will be immensely transformative. The possibilities are limitless. Quantum computers can theoretically help treat incurable diseases by identifying new chemical compounds. They can help predict traffic, weather, and disaster patterns more efficiently. They can even transform the way we talk.

Theoretically, my neighbor may never have to use his Spectrum mobile number ever again. Quantum computers may even be able to crack every known form of encryption software. How that pans out, we will leave you to decide.