What is Piracy & How Does It Work? 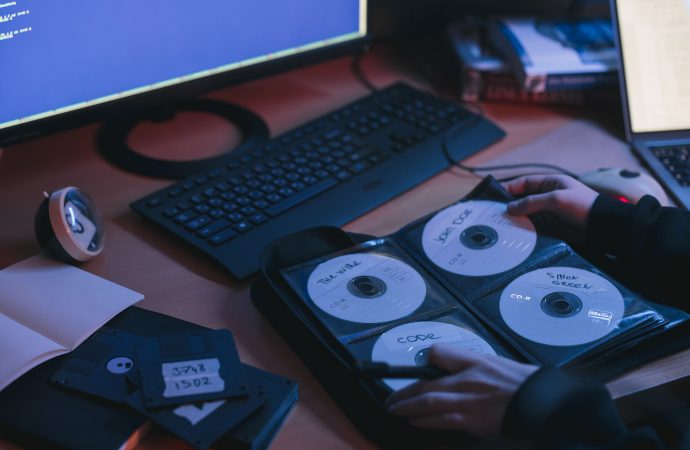 Since the widespread availability of the internet, piracy has posed a significant threat to intellectual property rights. Illegal downloads or online viewing of movies and TV shows currently make up 31.5 percent of media viewership. From the time a stolen copy is initially placed online and downloaded, an organized hosting and distribution process, comprising of a network of dealers who profit their unlawful behavior in different ways, making piracy a profitable industry.

How Does Piracy Work Exactly?

In digital piracy, the first step is to secure an illegally made copy of any movie or television episode. Common sense dictates that for any form of illegal sharing to occur, the content needs to be obtained initially. To obtain an illegal copy, there are four commonly used methods

In Theater Recordings – these are recordings that are made directly from the screen when the material is being played in theaters. These recordings are low quality and are marred with audience sounds along with disturbances when people move during the movie.

DVD/Blu-ray Originals – To make a copy from DVDs, pirates initially circumvent the measures known as the digital rights security measures, which have been incorporated on both the Blu-ray and DVDs. This allows the pirates to make a copy of the content with the use of digital recording Hardware or software.

Original Leaked Copies – The sole method of gaining these copies is when the distribution of courtesy copies takes place. People, who have access to these copies, share them illegally – by stealing – with pirates.

Streaming Recordings – a lot of piracy occurs via the paid use of SVoD’s: Subscription Video-on-Demand services including Netflix and WuakiTV. By having an account, any user can record the streaming content by making use of a computer software plugin without any majorly advanced computer know-how.

How Are Pirated Copies Available On the Internet?

Once obtaining the illegal file, the pirates either host the file for access by others or sell it to someone known as an “uploader”:

Piracy Cyberlockers: One of the commonly used platforms to host pirated files, the site allows uploaders to upload their files and for pirated copy users to access and download these files. The uploaders can earn some form of compensation. This compensation is paid from the revenue generated from accounts hosted on the site, which give access to certain preferential factors including more downloads per day, higher downloading speeds, etc. The mainly used cyberlocker websites are 120 currently.

P2P /Bit Torrent File Transfers: By using Bit Torrent, uploaders can share files by making use of online Peer-to-Peer networks – also known as PC to PC file sharing. The hosting file transfer method has been based on the massive storage of data as well as files on many computers that are interconnected using the Bit Torrent protocols.

Logically speaking, pirated content is hard to find. The main way this content is marketed is by the use of pirate websites. These are typically well-designed sites in the form of hosting directories that are indexed based on the names of TV shows and films available. These sites offer online viewing as well as downloading the content. The websites do not host the content on their servers, it is on the cyberlocker sites or the P2P hosts. It is easy to access pirated content-based websites as they are designed to be extremely attractive and are easily accessible by making use of search engines. The pirate industry has cost the entertainment industry upwards of 1.2 billion US $ by the year 2020.

The use of as well as viewing of pirated content is easy, as well as free along with being devoid of any form of legal consequences. The content is easily searchable by the use of social media or search engines and the ease of access makes each customer into a recurring one. The industry flourished due to the lack of piracy laws and regulations in the international industry as well as access to global hosting sites that allow uploaders to work free from being caught.

However, content from authorized and legal platforms such as Netflix, Hulu, or HBO Max are authorized and legally available content as the right to show the content has been obtained. Likewise, content on Grande TV or its application and in general on the Grande platform would be authorized and legal content. Moreover, content on similar providers’ platforms is also legal and thus is not pirated as the ISP’s in general buy the right to display content for cable and streaming customers. Thus, it is non-pirated content. Non-pirated content is thus safe and legal and holds no repercussions while pirated content does if caught. So safe surfing is important to uphold rules and regulations, the benefit to the right content production goes, and not to those that do not own such media. This is a duty for everyone who uses the internet and accesses content and media.