7 Games that Keep your Kids Entertained for Long 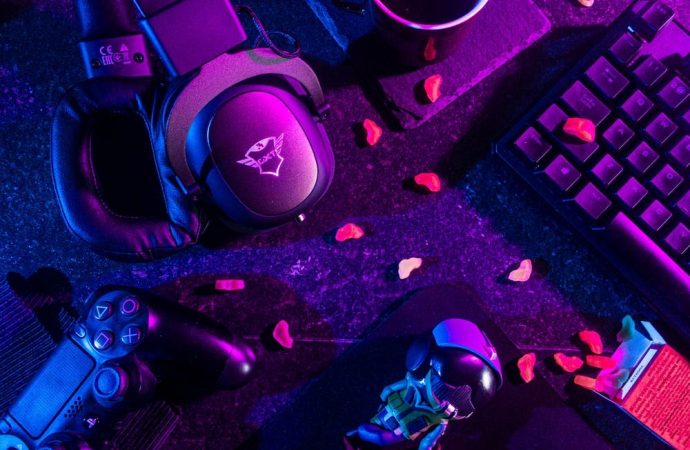 In 2020, it is hard for children to play with others out in the open. Their only resource for entertainment is technology. They can watch TV shows, their favorite programs on YouTube, or play games that don’t just entertain but also inculcate learning.

Online games are now even better than board games because they make it easier for children to play with their friends while sitting miles apart. Some of the best games that kids can play all day long are available in this list below.

But before we get to that list, it is important to address a question that many people often ask.

Can Playing Online Games Be Good for Children?

Yes. But like anything else, moderation is the key to playing games. If kids are playing games all the time without any breaks, then this can have an adverse effect on their health and senses. So, parents need to moderate how much time children can play computer games. It is also important that children only play games that have learning experiences to provide. For example, puzzle games, storytelling games, or math and brain training games.

They should not be allowed to play violent or action games as they can impact their behavior. With that said, we have created a list of the most engaging games that children can play online. Add a Zoom call to them, and they become multiplayer games for children.

Best Games Kids Can Play to kill their boredom

The game is about a garden that you will have to protect from Zombies. The only way to protect the garden is by embedding more plants. Each plant has a distinct power, and it can deflect zombie attacks. The game has many levels, and children will find it highly addictive.

Angry Birds is one game that has touched the heights of fame. It has many versions available, but the best angry birds’ game is the classic one. Children will love the many colors and the HD graphics of the game. The features of each cartoon are highly discernable, and that makes this game a great choice.

Angry birds is about the war of birds and pigs. You play as the protagonist bird, who is trying to bring back the birds’ children that pigs have kidnapped. Birds can’t fly, but they can be tossed using a slingshot. Children learn to aim, find angles, and speed. They see how these factors can directly affect their performance in the game.

Cut the Rope is one of the highest downloaded mobile games on the market. It is a perfect puzzle game for small children who are looking for entertainment. Cut the Ropes have hundreds of levels, and you play as a frog named Om Nom, and you love candies.

So, at each level, you have to find those candies. There are obstacles along the way, and it becomes difficult at times to find the right candies. That’s where all the fun comes in. You must pass the level with minimum efforts to get more stars. The more stars you accumulate, the higher your points will be.

The best part about Cut the Rope is that you can play this game with your kids, and it can become a pass time activity.

Since puzzle games directly enhance learning, it is important that you make your children play puzzle games. World of Goo is another great game that your children can play for endless fun. The game is about an iguana that has to get to its house. There are mountains and valleys, and it is not easier to cross them. But iguana can build temporary bridges using its goo.

You can control its goo, and you have to help it cross from one part of the level to the other successfully. World of Goo is a great game for children to learn how to construct things and come up with new ideas spontaneously.

Mr Driller is an arcade game for kids by Unlimited Gamez Mo. Children can play as Mr Driller, whose only duty is to drill in the blocks. Sometimes Mr Driller gets stuck while drilling. You have to save Mr Driller from the crates.

The game offers multiple levels, each with different difficulty and logic to unlock. Kids can learn new ways of thinking by playing different levels of the Mr Driller game.

Bloons Tower Defense is another game along the lines of Plants and Zombies. Since all tower defence games have a single objective, what makes Bloons different from the rest is its attractive cartoonish graphics.

Children would love to see all those colors and vivid graphics. Bloons is a perfect game that children can play for hours without getting bored. Bloons Tower Defense is a series and has multiple games available. So, it can also become a past-time activity for parents and children.

It starts when Dinosaurs come back to life. They have attacked human population, and you are the person in charge of weapons and towers. Each tower has some power that you can use to stop dinosaurs from charging.

It is important to understand that kids are in their growing age. At this stage, giving them access to logic and puzzle games will directly impact their mind. They will become better at critical thinking – a crucial skill needed for practical life.

So, choose any of the above logic and puzzle games and let your kids play it for fun and entertainment.