Developers Operate on a Maker’s Schedule 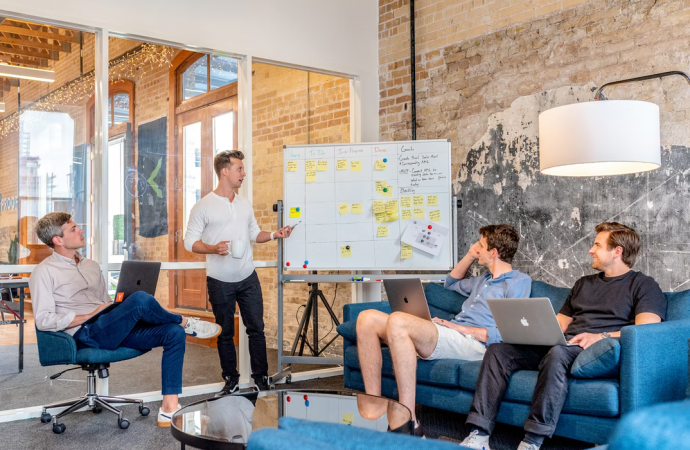 As a developer, you are in charge of handling every in and out of creative scope in your software programming project. You need to ensure it is fabricated such that it encompasses all customer expectations. Hence, it is important to not get distracted at work and adjust to the project requirements. The project may come with a set of challenges, production issues, and market competition, but you must maintain fluidity in the organization and focus on project priorities to maximize productivity.

A developer must build, operate, support, and grow their products to attain the best consumer-centric output. A maker’s schedule that can reduce friction in the developer’s day-week-month is a must to maximize their creative time. Tools such as GitHub, and VS Code, offer useful features such as pull requests (for making the code available), code reviews (for reviewing code), and bug tracking (for tracking issues).

Just like scheduling a maker’s time is important for an organization, the manager’s schedule is equally important as even a 10-minute distraction in the work schedule can cost the organization hours. Working symbiotically can lead to maximum revenue and product-led growth in an organization.

In this article, we will study how developers can operate and work efficiently when executing under a maker’s schedule. We will also learn how the DevRev Methodology encourages a healthy balance between product and project thinking, allowing users to adopt a product-led methodology in their organization.

For a smooth-running organization, the maker’s and manager’s schedules must be aligned so that both go hand-in-hand.

The manager’s schedule goes synchronously with the maker’s schedule. Makers can be programmers, writers, and those who spend most of their time making products by solving problems and performing complex tasks. Conversely, managers have to juggle the whole day between meetings. Multitasking can be achieved with a powerful collaboration of both.

An approach like this makes it easier to set up a meeting, find a space in the calendar, and book appointments.

A single meeting in a maker’s schedule can be a disaster. Each person’s schedule works fine; the real problem arises when they coincide.

But as is rightly said, every problem comes with a solution. It can be a perfect solution if the managers and makers have a meeting at a time that does not disturb the time of building or operating products.

There can be a possibility when a person has to work both as a maker and a manager, which can become a reality when you are deliberately eliminating yourself from any distractions.

As discussed above, scheduling both the maker’s and manager’s time is equally important. Here are some of the best ways to do so:

Always make sure that every meeting in the organization must be scheduled at a time such that every maker can focus better on creativity. Sticking to a schedule allows the team to collaboratively find a solution to a problem.

Decide on a day when you can refrain from attending meetings and have some personal space to manage the agenda to schedule for the following week and administer the tasks.

Arrange the time slots in the day in such a way that the developers do not get disturbed by any meetings, even if it is urgent. This doesn’t interfere with transparent collaboration and communication and makes a balance to achieve maximum focus. Meetings planned in advance foster the chances of a session full of productive conversations in favor of the organization’s growth.

Make the purpose of every meeting clear in advance. For instance, the Scrum discussion is the opportunity to make conversations between the people to make plans, align, and reflect. Having these conversations is also of utmost importance to evaluate what we are doing, where we are going, and make sure not to repeat past mistakes.

Maker’s and Manager’s Schedule is for Every Field!

Not restricted to any industry, whether you are a programmer, a writer, or a product or graphic designer, a maker’s schedule is for every creator who creates something worthwhile for the betterment of society! Elon Musk is one of those accomplished personalities who efficiently play the role of a manager as well as a maker. His scrutinized schedule has a significant proportion for management as the CEO of numerous important corporations, but his estimated 80 percent of the time is devoted to creation and engineering.

So, what methods does he adopt to execute both his responsibilities perfectly?

In his interviews, Musk has shown that he is good at managing two schedules at a time, arranging his day in five-minute intervals during the management hours, and ignoring calls or emails during the maker hours.

Likewise, individuals who have the knack for effectively managing both schedules do so by drawing a clear difference between the two, setting limits for others around them, and modifying their surroundings in line with their preferences. In other words, they don’t restrict their time to design for an hour, hold meetings for another, and then go back to creating.

Paul Graham distinguishes between his two forms of activities as an investor and a startup advisor.

Let’s look at successful entrepreneurs who have made it a point to make the most of their maker’s schedule time and have excelled in their respective fields.

Paul Graham used to set his weekly hours for meeting entrepreneurs who had received funding from his organization. He made sure that the meetings were scheduled outside the work hours and even created a signup software to ensure all appointments were set up after office hours. This scheduling ensured that people who signed up to meet him had something significant to share or discuss, and his office hours would remain undisturbed.

Similarly, during his business hours, Graham discovered a way to divide his day in such a way that he executes and does both the duties without taking a toll on his mental well-being.

Back in the 1990s, Graham came up with another method of dividing the day. He used to start his programming in the evening and work until 3 a.m. every day since no one could stop him while working at night. He then used to sleep till 11 in the morning. Even though he never planned his schedule this way, in reality, he had two work shifts every day, one on the manager’s schedule and one on the maker’s calendar for swift management of time.

As an author, during his early years, Murakami used to manage his time between writing and management along with the code reviews. He used to work on his creativity along with his profession, as many other producers do.

Murakami was the owner of the popular Jazz club. In a New Yorker feature published in 2008, Murakami confirmed working on a schedule that was in line with Graham while he was operating a business. Every day, he would work to supervise the Jazz club, which included handling paperwork, coordinating the personnel, and maintaining inventory, among other duties. Murakami began writing as soon as the club closed and continued until he could. After reaching a certain point in his writing career, Murakami decided to emphasize more on his schedule more as a manager.

Grant has made his schedule in such a way that he operates the role of manager and holds meetings with the students during the autumn semester. At this time, what teachers do is assist and guide their students. What Grant does is stick to an altogether different schedule during the spring and summer months to concentrate on his study. Keeping himself away from his workspace helps him avoid distractions.

Adam Grant stressed the importance of drafting an academic article as a separate task that required a large block of time (3-4 days) in a week where interruptions were avoided. To do this, he would set emails on an auto-reply mode until the article was complete. The scripting of the article would be divided into data analysis and research, completing a draft, and revising the draft into a final product.

DevRev primarily optimizes the maker’s schedule and ensures that the final product is customer-centric in every aspect. It works on the same lines by –

Prioritizing Customer-Centricity: DevRev empowers the makers (or developers) to understand the whys of the tasks by linking customer touchpoints directly to developer priorities.

A well-planned routine allows anyone to work more efficiently, take care of themselves better, organize their day, reach their desired goals, etc. But how often do we take a moment to decide how our day is divided, and how we choose to divide it into different segments? As a maker, how would you organize your day around huge blocks of concentrated work? If you consider yourself a manager, are you readily accessible to those who want your assistance? What are you attempting to accomplish with those meetings? Are you trying to do high-value work, or are you simply trying to fill up an appointment book? Is it possible to distinguish between the two sorts of work you undertake and express that distinction to others if you do both?

Developers use a maker’s schedule that has a higher level of granularity and includes task details in the form of programming chunks and codes that have to be written and tested. People who manage developers, on the other hand, need to consider crucial project completion milestones, such as application coding, testing, and deployment.

DevRev platform can help in planning a maker’s schedule by connecting and managing customers and users, searching across documentation, discovering microservices and features through connectors, and adding custom attributes and types to converge customer data.

How DevRev Platform Assists People in your Organisation?

Integrating DevRev with GitHub, VS Code is best for decoding bugs, performing Code Reviews, and Pull Requests. DevRev lets developers know how their work is impacting their organization and customers, regardless of the features being developed or bug-fixed. The way the developers address customer touchpoints benefits the customer the most. The Trails feature of DevRev makes the connection between developer and customer possible, enabling developers to directly view the impact of their work on the customers and work accordingly.

Product managers are able to view all the microservices and APIs and the way they connect to all features and capabilities used by their customers. Managers can also obtain deeper product insights helping them with enhanced decision-making through product roadmap prioritization and focus on leading product-first growth strategies.

Support Engineers are benefited in such a way that all the customer conversations linked to the product features and capabilities from a single platform help developers in real-time within the organization. This goes a long way in enhancing customer experience, which directly impacts the growth and revenue of an enterprise. DevRev’s exemplary feature, Vistas, enables the issues, tickets, and services to be accessed from a single point with a native real-time collaboration and reporting.

Developers are the makers who enable product-led growth in an organization, on a predefined schedule. DevRev’s AI-based platform seamlessly collaborates with entrepreneurs, developers, and investors who believe in a product-led methodology for building path-breaking businesses with data, design, and machine intelligence. It has everything that it takes, right from the resources, advice, and networking opportunities, to help businesses achieve their PLG goals, ultimately striking a chord between product thinking and project thinking, enabling all the users to adopt a product-led mindset across an organization.