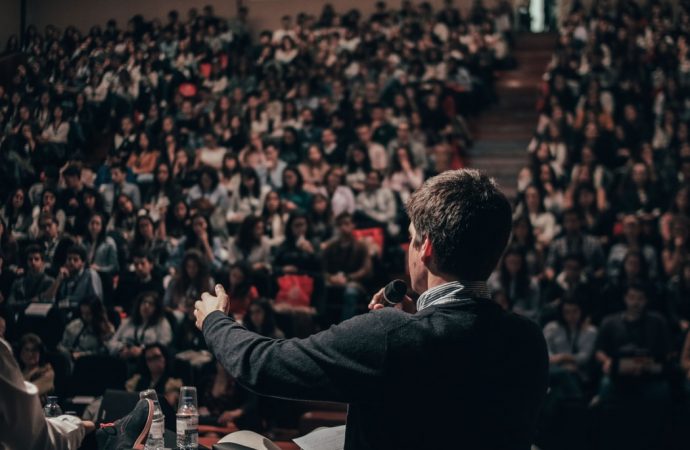 We all need a little more comedy in the world.  Although some comedians have been doing concrete work for the last decade or two, some fresh perspectives and jokes can liven a place up.  Instead of sticking to the same old comedy specials and reruns, these are the top five comedians you should keep an eye out for in 2021.  Each of these performers is incredibly funny, insightful, and rocketing towards their career goals at an unstoppable speed!

If you’ve ever seen a tweet so ridiculous you had to cringe or heard an opinion you couldn’t believe someone seriously held- you’ve seen Caleb Hearon’s muse.  Taking an approach at humor that can be hard to pull off if not done right, his satire works at exposing the ugly underbelly of society with a laugh.  Although he doesn’t take himself too seriously, his comedy, social intelligence, and ability to clap back without even trying can be overwhelmingly entertaining.  His Twitter is free entertainment for anyone who needs a good laugh or smile.

Baker is a comedian that will leave you breathless from laughing without even trying.  His long history in television and movies shows through in his sense of humor and ease on stage.  Although he’s had to live still partially unknown, he’s been making great strides towards the recognition he needs.  Although some of his humor is self-deprecating, don’t let it fool you- the man is fantastic.

One of the top comedians to rise to popularity and fame during the 2020 election cycle, Sarah Cooper gained fame for her fantastic sarcasm and parody of political figures.  Her face is so thoroughly moldable and full of expression that she could say any sentence and make it sound hilarious.  Her sense of humor and incredible presence made the stress of the last couple of years a lot easier on some people, and it’s pushing her right to the top.

Although comedy can often be seen as lowbrow by some people, Martinez shows it can be an art if done correctly.  Winner of an Andy Warhol Foundation’s Arts Writers Grant, you can see the sophistication and creative thought behind each of her jokes, even if they’re about something lowbrow.  Her refreshing views, incredible energy, and fun personality are enough to make you want to watch her videos on repeat so you can laugh again.

This Buzzfeed alumnus was incredibly popular on the brand’s youtube channel, amassing millions of views on their most viral videos of the time.  She has a down to Earth vibe with a sincere and dry sense of humor that can catch you off guard into a laugh.  Brunson has been climbing steadily up while now going solo, and she’s going to reach peaks that she deserves in 2021.  She’s now grabbed her own HBO series called A Black Lady Sketch Show, which is equal parts hilarious and incredible from her small webisode series.