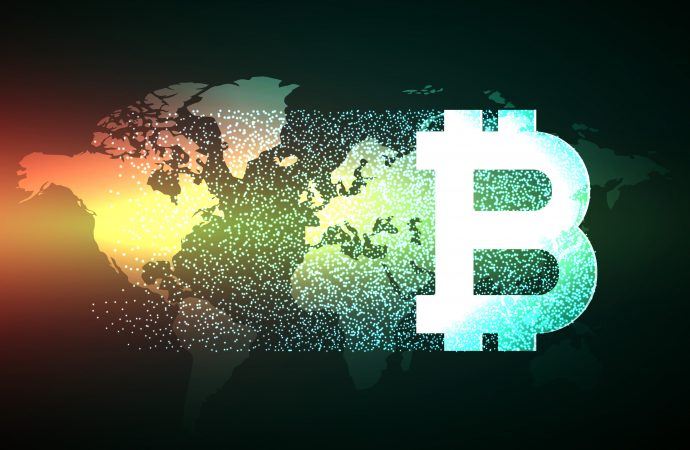 What is the future of Bitcoin? And what are the objectives of this digital currency to play in the B2B market? Only time will tell. These crucial questions are raised by several industries and financial experts, entreating some kinds of indispensable understanding into the future of digital currency, not because of the academic purposes, but also to ignite some resistance when making business platforms more sustainable in what is considered to be most vigorous and unpredictable economic times in the history.

In recent times, Bitcoin surely has earned big rewards in business-to-consumer negotiations, with many famous retail brands like Dell, Overstock, and Microsoft accepting this form of currency as the principal payment method.
However, Bitcoin hasn’t earned that fame in the B2B market. Many people believe that transfers made between Bitcoin and businesses would result in an inefficient system. Transfer of the credits, which are supposed to be an expensive method since the banks are to intervene during the process individually which would take some days.

Known as the method of payment of the internet, Bitcoin has the capability of doing things which banks and money transfers can’t even think of, and some small and medium owned business organizations are starting to find this out. China has emerged as the major user of Bitcoin in the B2B market.

Organizations that opt Bitcoin for trading have the leverage of removing the amount charged by the banks for moving money all across the world because a majority of the participants are planning to use Bitcoin instead of banking system altogether.

It has been observed that Bitcoin trading is faster than the whole banking system combined as well as getting verification from six blockchains will take a few hours. Also, it is relatively easy to transfer money from Bitcoin to B2B organizations. For example, if you are in need of a product and you order it online, you may send Bitcoin, and they will ship you your product.

Most of the countries where international banking has limitations provide transferring of funds from one bank to another but is considered to be costly, with banks getting their cuts as payments. The costs for these transfers are painful as they affect the business worldwide.

Tomcar, an Australian vehicle exporter has been using Bitcoin for a long time now. It is one of the wealthy companies that have been using B2B transactions using Bitcoin and makes a massive amount of savings during the process, as per the claims made by the MD David Brim.

David Brim believes “Using bitcoin on business transactions allows us to save on banking charges and international exchange rate costs.” As per David, Tomcar has saved thousands of dollars by paying the suppliers through Bitcoin.
In a recent interview, Brim stated that Tomcar saved up to $20,000 to $50,000. However, this is just one company accepting Bitcoin. There are others who don’t like the idea yet. There are plenty of B2B organizations who still use the conventional way of paying their clients.

According to David Brim, only three suppliers are accepting Bitcoin. Brim for a long time has been convincing his partners in trading to use Bitcoin in transferring money across the globe. Out of three, one is located in Taiwan, and two of them are situated in Israel and Tomcar purchases only two percent of the supplies from these three suppliers.

For a long time, David has been trying to make the transactions transferred from an electronic bank. He believes in simple things and has typically powerful bond with the suppliers and understands their needs by using standard commercial terms to make sure that his money is secure. He also plays it smart by avoiding capital gains taxes, which most of the organizations suffer in some cases if they plan on storing Bitcoins that they attain from the suppliers.

David Brim says that he does not hold Bitcoin; instead, he only uses Bitcoin as a mode of payment. He believes in paying all the taxes involved with the Bitcoin and is against the idea of holding the currency for investment.

To this day, Brim has used merchant accounts of Bitcoin to cater the payments. This process has enabled him to keep his money restricted and far away from the banks. Unlike banks from other countries, Australian banks are very conventional in their approach towards the usage of Bitcoins.

MasterCard has introduced a new method for the organizations to make their B2B payments directly through their Blockchain technology network. The company has nicknamed its exclusive service with a title called “MasterCard Blockchain API” which is planned to be introduced to the public after the Las Vegas Money Hackathon.

The Blockchain technology has been considered as a revolution in the digital money market. The technology has elevated an excellent option for B2B transfers for numerous reasons. The transfer made from Blockchain wallet is safe and secure providing flexibility and convenience for transactions done in the business.

The Blockchain technology allows Bitcoin users to store their coins in the wallet and later onwards providing them with a convenient method for transferring cash to the suppliers, manufacturers, etc.

Alternet is an investment and management services organization. The organization invests in companies that believe in advance payment technologies and digital currencies.

The company recently joined hands with Bitpay to resell its business-to-consumer account services but the CEO of Alternet, Dabrowski has other plans; to capture B2B transactions with cryptocurrencies. This project is aiming for the countries with control exchange which make it impossible for them to invest and trade in these countries. There are plenty of countries who are considered as an emerging economy in the future like Argentina and Pakistan.

Dabrowski believes that in Pakistan, no money is exchanged for Rupees. The foreign organizations to invest have to register themselves as an off-shore company and get a specific quota. This method is used to control the country’s foreign reserves.

Bitcoin is the Future

With its expansion as a digital currency in the market, Bitcoin has not only threatened the modern banking system but has also challenged the currencies of the most powerful nations all across the world.

Regardless of the matter whether Bitcoin is the future or not in exchanging currencies in B2B payments, it has reached to an understanding that most of the B2B organizations will demand what Bitcoin provides today, a hassle-free service in which money will get in the hands of the people who need it immediately, without any danger or threat.