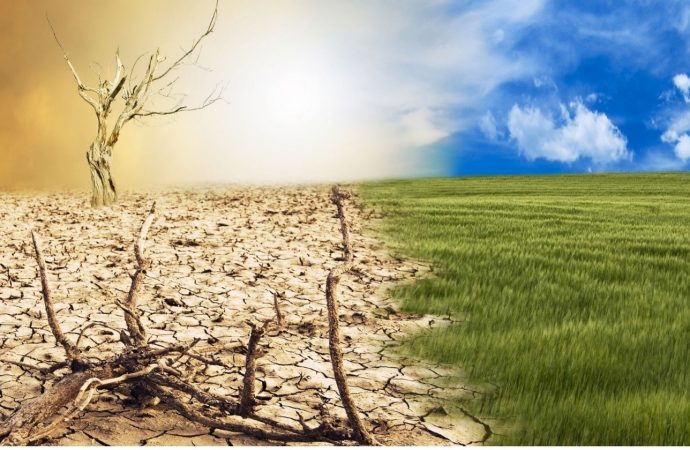 In his brilliant piece on the Disruption Banking website, Andy Samu analyses the current state of the financial field as he writes on how they use their wealth to help the planet.

In the Exchange-Traded Fund (ETF) we can distinguish the 3 biggest players. This branch of the market highly influences global finances, and as we have found out recently, also the technology. Andy Samu presents a thesis, that the financial means held between them could be a way of rescuing the climate.

The 3 ‘Players’ are State Street, Vanguard, and BlackRock and are also referred to as the “Big Three”. Only those three entities hold control of over $13 trillion on behalf of their clients, as they clearly have established dominance over the sector of management of funds.

Why did we bring up the technological influence of those companies? Having accumulated such a big fortune, ‘the Big Three’ started to invest heavy money on Dow Jones, NYSE, and NASDAQ. That way the ETF giants have become shareowners of Microsoft, Facebook, Goldman Sachs, and way more.

In May 2020 BlackRock has published an update, which confirmed their plans of investing their money in sustainable assets. Before the global pandemics shook the world of finance, the first three months of 2020 have been a record when it comes to sustainable flows. BlackRock has developed a Carbon Beta tool that was published in 2019 and became a big hit at the beginning of 2020.

In March 2020 both BlackRock’s and State Street’s shares started to lose value, and the ‘Big Three’ experienced a drop of $2,8tn in just a few days. Fortunately for them, the prices went up and have been slowly climbing. We are yet to see if their value will be back to normal, though. But as we can clearly see, BlackRock has been managing that better than State Street.

This advantage is, in fact, the aftermath of the Federal Reserve’s appointment of BlackRock to be running the bond-buying program induced by the coronavirus. Voices suggest that it has given BlackRock supremacy over other companies operating in the sector of fund administration, including the rest of “Big Three”. Whatever the opinions are, it does not change the fact, that they have established a new technology platform under the name of Aladdin.

What have the “Big Three” Been Doing?

The name Aladdin is actually an acronym of Asset, Liability, Debt, and derivative investment network. The technology developed by BlackRock has been touted more on the market, as both releasing the Aladdin and the iShares acquisition have provided the giants huge revenues. They were selling their platform to both asset managers and their competitors.

BlackRock’s successes do not mean that their competitors from State Street have been resting throughout this whole period. The SEO of the company, Ronald O’Hanley, has explained that the company has been focusing more on the farther perspective, and has been making long-term plans. State Street’s acquired the CRD (Charles River Development) as well as their Charles River Investment Management Solution. The CEO of the CRD, John Plansky has sent an inspirational message to the Stakeholders of State Street, in which he highlighted the company’s desires to “out-innovate” the competition.

The remaining one-third of the “Big Three”, Vanguard, has stayed true to the more fundamental principles, following the legendary founder of the company, John C. Bogle. Vanguard has stayed decentralized, as they approached the technology, as they tend to invest rather than to develop something themselves. That is why the company has been romancing heavily with Symbiont, the startup from New York.

Aladdin’s EGS use in the Name of Good

Andy Samu recalls, that according to Sudhir Nair from Aladdin Institutional Business, Aladdin has played a crucial role in helping to migrate 250 BlackRock’s third-party technology clients’ employees to remote working. It had also helped their staff to control their operations, compliance, even when working from home.

Aladdin has also been used to develop ESG data and analytics. As one of the world’s leaders in risk analytics, they have been putting every effort possible to focus on climate risk. Thus, BlackRock has become a major entity in the work for a better future and stopping climate change, as they provide valuable data concerning risk and analysis.

For more information on this topic, visit Andy Samu’s piece, where the author focuses more on Aladdin’s impact on the works related to climate. To read, simply enter the following link: https://disruptionbanking.com/2020/06/12/can-aladdins-esg-issues-save-the-climate/