8 Reasons Why The US Must Reclaim Leadership in Tech 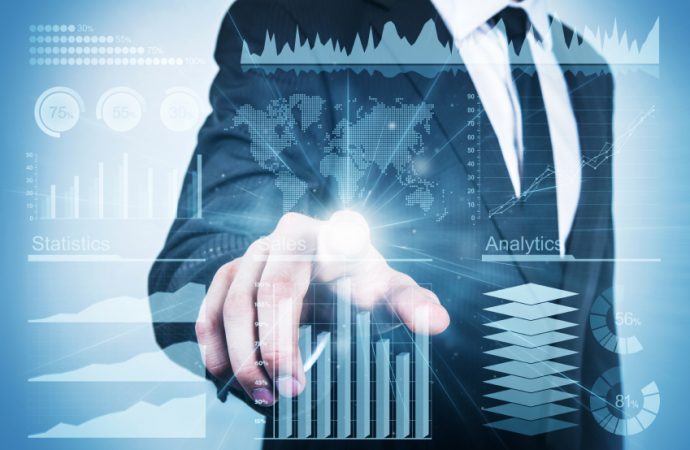 Technology expert Adrian Rubin has become one of the leading members of his field through an interest in the “Internet of Things” which has seen his work grow in importance. A well-known problem solver, Rubin is an expert in technology investment.

The field of technology has been important to the U.S. economy since the 1950s when the Cold War with the Soviet Union led to a drive to develop the latest technology for military and scientific purposes. Technology is an important part of the economy in the U.S. and remaining a global leader in this sector will not only lead to a greater level of success in terms of growth but also stay in the lead in the race to be the top developer of technologies in the world. In 2017, the U.S. slipped out of the top ten innovative countries for the first time in its history and sparked a panic over how the nation would react to its falling position in terms of technology.

A stagnant economy is something all politicians and economic experts fear as a lack of growth can result in rising inflation and a loss of prestige around the world. Technological development is a sign of economic growth and prosperity for a nation and usually leads to the development of a stronger economy over the next few years, according to Data Center Journal. Developing nations such as India have closed the economic gap on countries such as the U.S. through a dedicated push to develop technology and lead various sectors for the future.

In the past, the U.S. was always known as the home of immigrants who had the chance to live “The American Dream.” The development of Silicon Valley and tech-based industries across the West Coast led to highly-skilled workers arriving in the U.S. from around the world to add to the economy and make the nation more culturally diverse. The Hill reports 2020 will be the year one million more computer sector roles are available for workers than there are graduates entering the workforce leading to a shortfall in the technology sector.

The U.S. is currently seeing the value of its degrees diminish as the standard of education received from many colleges is not as high as those received in other nations of the world. Technological innovation has the knock-on effect of improving educational opportunities for students who will have to fill the available roles in the technology sector in the coming decades.

In 2017, research from Brookings explained the industrial sector for science and technology in the U.S. was one of the major employers across the entire nation. Around 33 percent of the American workforce is currently employed in technology sectors meaning these roles will be threatened if the current downward turn in the sector continues which could add the number of unemployed across the country.

When considering the effects on employment in the tech sector alone, one does not see the wider picture which reveals a healthy technology industry will impact jobs in other areas. Research has shown one technology job in the U.S. provides support for three more jobs in different industries which would be lost if the technology field shrinks in the next few decades.

An issue the people of the world are facing in the current climate of a lack of focus or government policy on technology is a loss of status around the world as trade deals are not moving with the digital age. Allowing the passage of Online information across borders as part of trade deals will assist the U.S. in becoming a major player in the technology sector once again.

7. Technology Could Revitalize The Entire Nation

The technology industry is largely based on the West Coast with a few smaller pockets of companies based in areas around major North-eastern academic institutions. However, by reclaiming the position of the technology leader, the U.S. could introduce federal programs allowing start-ups access to all 50 states which would lead to greater economic success for all.

The U.S. has been the dominant force in the world for almost a century, and efforts to remain at the top of the innovation lists produced by major publications are a chance to maintain this international dominance. The prestige of remaining at the top of the technological innovation charts will continue to attract corporations and individuals to the U.S.

Government policy decisions at every level must be taken if the U.S. is to reclaim its crown as the most innovative nation in the world. In areas such as education, taxation, and healthcare the country which first put a human on the Moon must make changes to its government policy if it is to maintain its economic importance across the planet.